Saving the Best for Last...

So I have told the story of my adventure to France, but now it's time to reflect on the new friends I made along the way. We had a very diverse group which included 3 Americans, 3 Aussies, 5 Brits, a Canadian and a Fin. That is not including our 3 British guides.

The first folks I met were Dustin and James, the other Americans. I met them at the airport, they are both originally from Oklahoma, but  now Dustin resides in Portland Oregon. Two great guys and two very strong riders especially James, he was able to hang with the big boy s the whole trip. Dustin showed his power when he attacked 3k before the sprint and we never saw him again.

Next group was the Aussies. I seemed to get along best with these guys. I spent some time on the Col du Grand Cucheron suffering with Jarrod. I got stuck on the Glandon with Richard, we had some good talks that day. I rode up the Galndon with Mark for quite a few kilometers. I like the way these guys think. There way of doing laundry was taking there kit into the shower with them, they also pretty much lived on beer and ice cream.

Miriam was the woman from Canada. What a strong rider, also an Iron Man competitor. She offered a lot of great advice, and I learned quickly, to listen to what she had to say.

Anna Maria was from Finland, she was coming off an illness, but still proved to be a very strong rider, and a fun person to hang out and chat with.

The Brits were also a great group. Alex, Rachael's sister was the reason I even went on this trip. Alex has done 4 Etapes, plus several other trips to the Alps and Pyrenees.  Her tenacity was the most impressive. Steve, was another veteran of these trips, and was also another guy I spent quite a few kilometers suffering with. Thomas was a very strong rider, who was perfectly happy hanging back and riding a little with everybody. Neil came on for the tour part of the trip, Neil is a beast, he was crushing these Cols like they were mere hills, he was also my room mate for much of the trip. Last but by no means least was Ian. Ian came for the just the Etape,  but I got to spend a few hours stuck in traffic with him, and he's the kind of guy you can't help but like, I wish he had been able to come along for the whole trip.

Now for our guides and hosts. John is the main man at Alpine Cadence.  John is one of the most amazing cyclist I have ever seen. His style of riding was definitely something to see. Martin was our support. He had the job of driving the van with our stuff from place to place, also offered endless support whether in the form of water and food, or some entertaining banter. Our other guide on this journey was Nick. Nick was a very strong rider who was very happy to hang at the back and give words of encouragement to those of us that were not having our best days.

I only hope to have the opportunity to cross paths with these folks again in the future. They all contributed to making my trip all that more enjoyable.

Buddy
I have a good life, Happily married, ok job, and I just love riding my 29er single speed 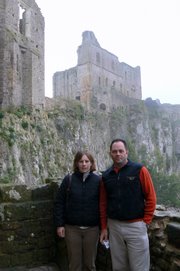 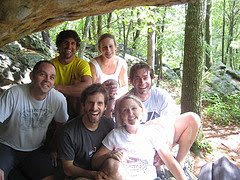 For your viewing pleasure

Just A Few of My Favorites